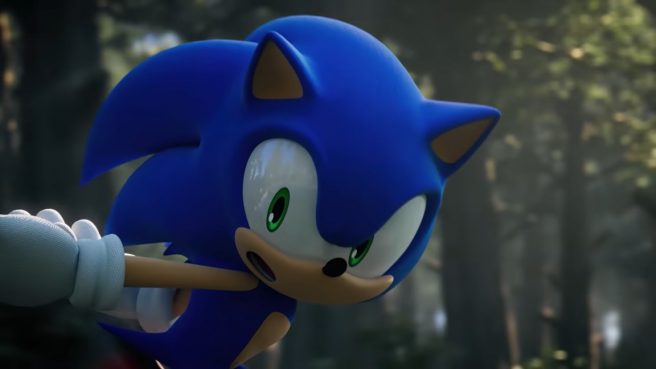 A new batch of Sonic Frontiers details have been revealed, including a couple of tidbits about the story, plus the gameplay and more. This comes as part of a new preview from IGN.

– Sonic flies into a wormhole with Tails and Amy
– Sonic finds himself separated from his friends and alone on an isolated island
– Mysterious islands are the game’s major setting, which is why the team’s artists tried to create a mysterious mood, including with the music
– SEGA likes referring to the game as open world rather than open zone
– Very few of the elements like bumpers and grind rails are built into the environmental design, meaning they float in the air
– Completing puzzles and challenges is how players uncover sections of the map
– Orient a statue, hop back and forth between tiles, races, and using the new loop ability to draw circles are examples
– Sonic can quickly dodge and parry enemies
– Usually multiple ways to deal with specific enemies
– Handful of enormous world bosses
– These are huge in scale, like Asura that requires Sonic to bait the titan to slam the ground and then boost up its arm to reach weak spots on its head
– Hunt down and defeat these bosses in order to collect portal gears
– These open up bite-sized linear stages done in the style of previous Sonic games
– Classic levels come with handful of optional goals like beating the level under a certain time, collecting all of the red wings
– Each goal rewards players with a vault key which are needed to unlock the Chaos Emeralds

You can catch up on the Sonic Frontiers details in IGN’s new video below as well.

Sonic Frontiers is due out on Switch this holiday.