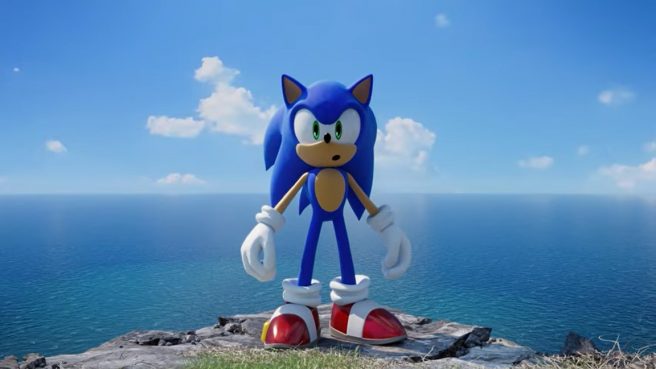 Original (12/11): SEGA has shared more information about Sonic Frontiers – including confirmation that writer Ian Flynn is on board.

At The Game Awards 2021 this week, SEGA finally shared a proper unveiling for the game. It had been teased earlier in the year with practically no information. But a new video finally gave fans a first look as to what they can expect from the project.

Flynn is confirmed to be working on Sonic Frontiers and will be providing an original storyline. Flynn previously contributed to Archie Comics’ Sonic the Hedgehog series, IDW Publishing’s Sonic the Hedgehog comic series, and the Sonic Boom television show.

Outside of Ian Flynn’s involvement, we also have further news about Sonic Frontiers thanks to an official story overview. Here’s a brief rundown from SEGA:

In Sonic Frontiers, Sonic’s long-time nemesis Dr. Eggman discovers an ancient technology on the Starfall Islands and installs his AI program SAGE to hack in and take over. But there is more to this technology than he realizes, and unintended consequences immediately come to bear. Sonic must race against time to discover the truth, save his friends, and maybe even save himself at the same time.

Sonic Frontiers has a confirmed release window of Holiday 2022. Stay tuned for additional updates and coverage throughout next year.

Update (12/13): SEGA has reached out to inform us that the above synopsis is “incorrect”. It’s now unclear how much of the above description – if any part – will be in the final product.