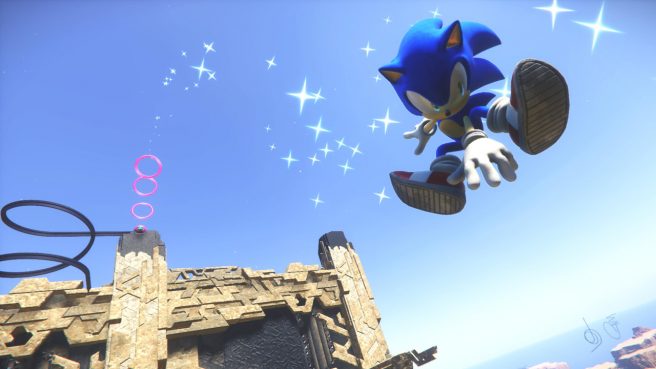 SEGA has issued a new update for Sonic Frontiers on Switch, bringing the game to version 1.1.1.

This week’s update seems mostly small in nature. According to SEGA, only two issues have been addressed on Switch.

The official patch notes for the Sonic Frontiers version 1.1.1 update are as follows:

More significant updates should be coming to Sonic Frontiers in the future. Earlier this week, SEGA revealed that it’s working on a ton of free content that will be released throughout 2023. Three content waves are planned that will include more playable characters and a new story, a Photo Mode, new challenges, and more. Also, to make the wait slightly easier, the free Holiday Cheer Suit DLC goes live later this month with new apparel for Sonic to wear and holiday spirit to the Starfall Islands. We have more information about the future updates and the official roadmap here.

Sonic Frontiers is available on Switch. If you’re interested in checking out our thoughts of the game on Nintendo’s console, read our review here.