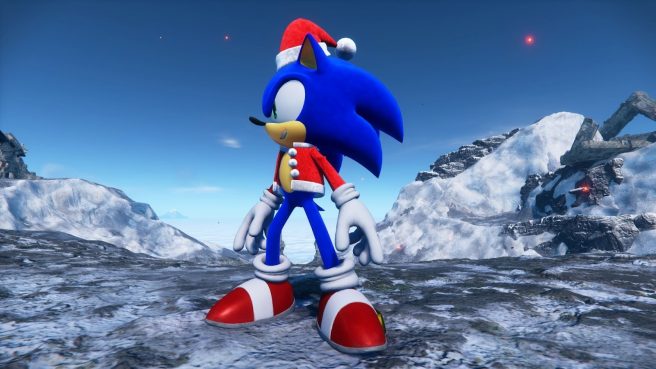 Sonic Frontiers will be receiving a few free updates in 2023, SEGA has revealed. More content will be added to the game with three different drops.

New features, modes, character skins, and more are in the works. Each update will be free to all Sonic Frontiers owners. 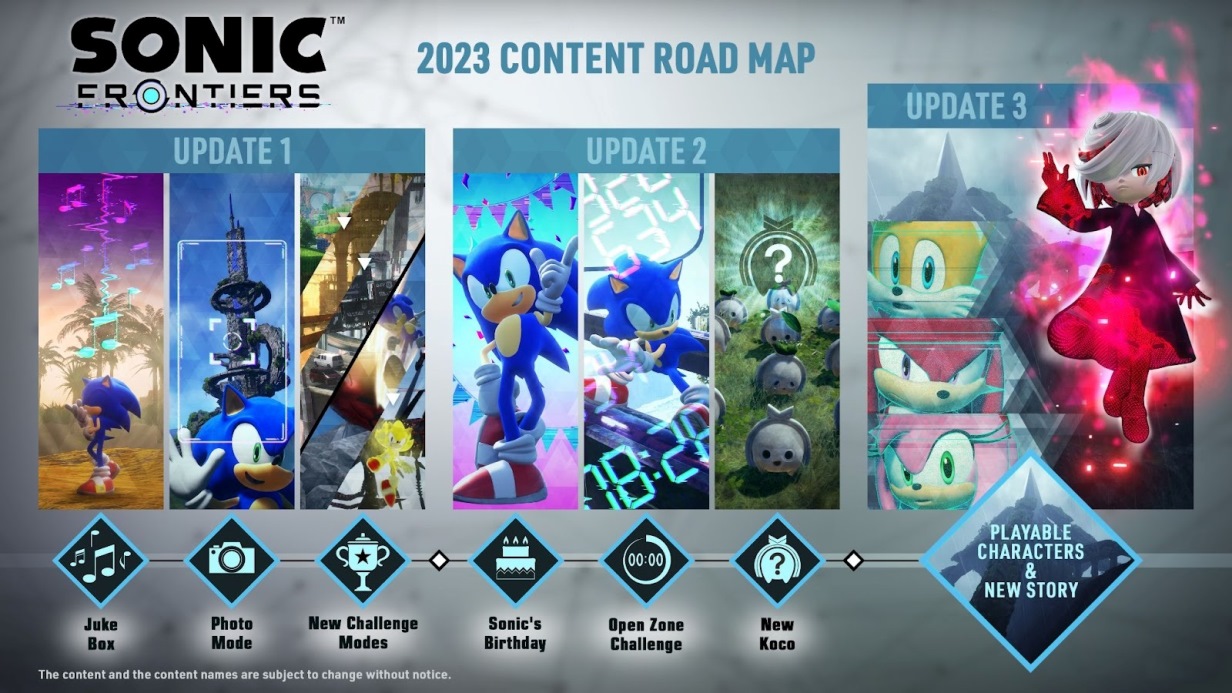 While the big stuff is arriving next year, there will be one piece of content next month. SEGA is preparing the free Holiday Cheer Suit DLC, which offers new apparel for Sonic to wear and bring some holiday spirit to the Starfall Islands. This can be accessed starting on December 21, 2022. You can get a look at the costume above.

We have some information about Sonic Frontiers in the following overview:

Worlds are colliding in Sonic the Hedgehog’s newest high-speed adventure! In search of the missing Chaos emeralds, Sonic becomes stranded on an ancient island teeming with unusual creatures. Battle hordes of powerful enemies as you explore a breathtaking world of action, adventure, and mystery. Accelerate to new heights and experience the thrill of high-velocity, open-zone platforming freedom as you race across the five massive Starfall Islands. Jump into adventure, wield the power of the Ancients, and fight to stop these new mysterious foes. Welcome to the evolution of Sonic games!

Unparalleled High-Speed Freedom
Adventure across the Starfall Islands and see what each has to offer at the speed that only Sonic can deliver. Blaze a trail as you see fit and discover side quests, solve puzzles, scale enormous structures, go fishing, and encounter a friendly face or two along the way…

Cyber-Powered Combat
The Starfall Islands are home to strange creatures Sonic has never encountered before. Use the all-new battle system and skill tree upgrades to fight strategically, combining moves such as dodges, parries, counters, combos, and the new Cyloop ability to take down mysterious foes and colossal titans.

A New Adventure Full of Mystery and Intrigue
Become Sonic and journey to uncover the mysteries of the remains of an ancient civilization plagued by robotic hordes. With nothing but a handful of questions and a disembodied voice to guide you, set out to save your friends and the enigmatic inhabitants of the Starfall Islands from a colossal, mechanized threat.

SEGA says it will share more details on exact release timing and specifics about the content of each update at a later date.