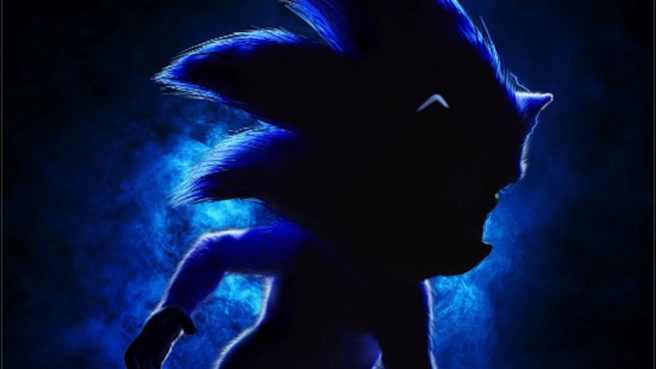 Detective Pikachu isn’t the only notable live-action gaming movie coming out next year. In about a year from now, Sonic the Hedgehog will be getting the same treatment.

Here’s a first look at the film’s motion poster:

And new details from IGN:

– Story sees Sonic as a bit of a fish out of water
– Sonic finds himself in our present-day world
– He develops a relationship with James Marsden’s Tom Wachowski
– Also finds himself at odds with Jim Carrey’s Dr. Robotnik
– As expected, mayhem ensues
– The production team behind the movie opted to go for a more realistic take on Sonic
– The filmmakers consider Ted to be an appropriate analog for the upcoming Sonic movie’s integration of a CG character into a real-world setting
– Sonic is shown having fur
– Executive producer Tim Miller said: “It would be weird and it would feel like he was running around nude if he was some sort of otter-like thing. It was always, for us, fur, and we never considered anything different.”
– Trying to “pay homage to that and also make it current and present day in what we think a Sonic of today would wear” regarding shoes, according to producer Neal Moritz
– The filmmakers struggled with how best to depict Sonic’s eyes because often he’s only seen with one, and that wouldn’t translate well to the live-action movie
– Miller: “I don’t think SEGA was entirely happy with the eye decision, but these sorts of things you go, ‘It’s going to look weird if we don’t do this.’ But everything is a discussion, and that’s kind of the goal, which is to only change what’s necessary and stay true to the rest of it.”
– Post-production began about a month ago, so the special effects are still being finalized
– Director Jeff Fowler is an internal defender of staying true to the character
– He knew from the start exactly how he wanted to visually represent Sonic’s super-fast abilities
– Fowler, Moritz and Miller all worked on a test video for what they envisioned Sonic would be to show to their studio partners, and it revealed their early concepts for how the speed would work
– Wanted to keep speed grounded and realistic
– Sonic’s speed took some trial and error
– Sonic’s speed is slightly teased in the poster, but don’t consider that to be an accurate depiction of how Sonic’s fast-moving nature will be represented in the movie
– Moritz: “… I think people are going to see things they’ve probably never seen before in trying to represent speed in this movie.”
– Moritz: “We’ve worked so closely with the people at SEGA who are kind of the gatekeepers of Sonic to make sure we’re lockstep. We’re trying to make something that’s for today that fans of different versions will love as well.”
– Part of this new story will not take place on Earth
– Movie will have some Easter eggs, including “some very exciting things that fans of Sonic will get to see in this movie”