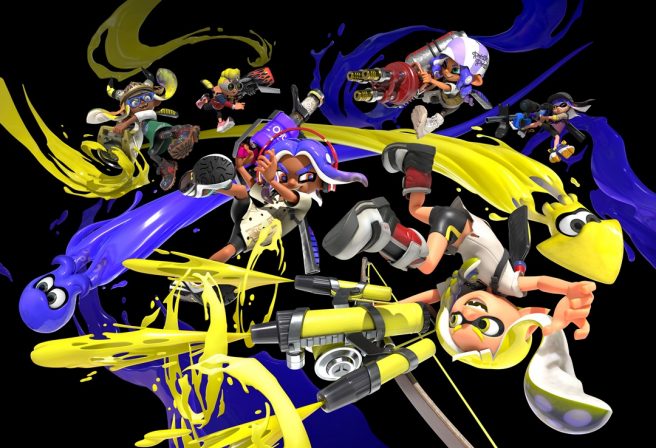 The Splatoon 3 Direct just wrapped up, and Nintendo has passed along a recap announcement that details all of the information shared during the event. If you’d like to catch up on what you missed or read about everything in one place, the press release will come in handy.

In a new 30-minute Splatoon 3 Direct video presentation available on Nintendo’s YouTube channel and Nintendo.com, fans and viewers are taken on a deep dive through the newest entry in the adrenaline-fueled Splatoon series. The ink-splatting, multiplayer action game Splatoon 3 launches for the Nintendo Switch family of systems on Sept. 9, but pre-orders for the game are available now!

Splatoon 3 features an intense competition where players claim turf with splashes of color and splat their rivals as ink-spraying Inkling and Octoling characters. Splatoon 3 is a new sequel that introduces features and modes that have never been seen in a Splatoon game before, while resurfacing fan-favorite modes that have been reinvented in distinct ways.

This sneak peek presentation unveils new battle stages, new maneuvers and a fun assortment of new splatterific weapons. The presentation also showcases new details about the Splatoon 3 game’s three main modes: the all-new single-player Story Mode, “Return of the Mammalians”; the iconic four-on-four team battles, Turf War, featuring new weapons and new and returning stages; and the revamped Salmon Run, a co-op mode in which a team of four fends off waves of enemies, which now adds giant, dangerous bosses to the mix.

Additionally, recurring multiplayer events called Splatfests are returning with a twist! The Splatoon 3: Splatfest World Premiere demo will take place on Aug. 27, and offers Nintendo Switch owners the chance to play in a free global Splatoon 3 event before the full game launches on Sept. 9. Both newcomers and veterans of the series can show their support for one of three themes and splat it out in the newly introduced Tricolor Turf War battles! Simply download the free demo in Nintendo eShop starting on Aug. 18 and show up ready to splat for Team Rock, Team Paper or Team Scissors on Aug. 27. Certain parts of the demo will already be playable on Aug. 25, but the main Splatfest event kicks off on Aug. 27 at 9 a.m. PT and runs until 9 p.m. PT.

Highlights of the Splatoon 3 Direct presentation include:

Switch owners can pick up Splatoon 3 starting on September 9, 2022.