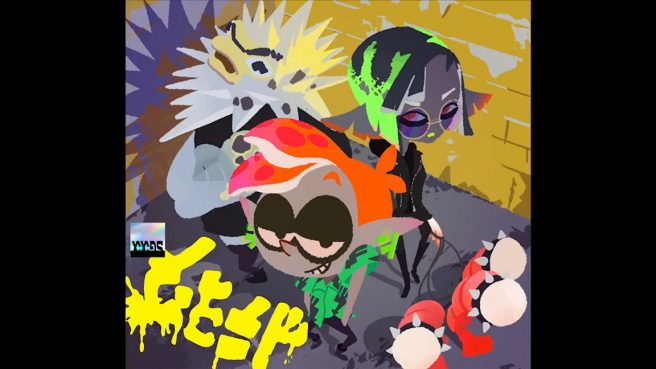 C-Side was revealed as band in Splatoon 3 late last year, but Nintendo has now shared a new music track known as “Paintscrapper”. Nintendo says “they’ve welded a shiny rainbow melody to a thrash-metal skeleton and added all kinds of chrome spikes.”

Here’s a quick refresher on Splatoon 3:

You can listen to the “Paintscrapper” track for Splatoon 3 below.

You’re listening to “Paintscraper", the latest offering from C-Side. Musically, they’ve welded a shiny rainbow melody to a thrash-metal skeleton and added all kinds of chrome spikes. Turn up the volume and shake the whole house! #Splatoon3 pic.twitter.com/jZpHhuuVfq

Splatoon 3 is due out for Switch on September 9, 2022. You can check out our pre-order guide with all retailer bonuses that have been announced thus far here.

Tell us what you think of the new Paintscraper track for Splatoon 3 in the comments.