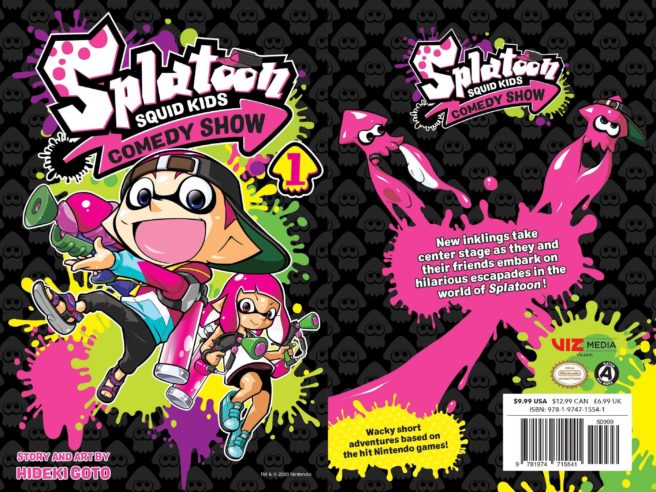 Starting in 2017, a manga based on Splatoon 2 from Hideki Goto was published in CoroCoro. Viz Media will now start to release an English version next month.

Wacky short adventures based on the hit Nintendo games!

New Inklings take center stage as they and their friends embark on hilarious escapades in the world of Splatoon, the hit video game series from Nintendo!

As was the case in Japan, various issues of the manga are being published into different volumes. The first volume drops on July 14. We should be getting the second one on November 10.

You can pre-order Splatoon: Squid Kids Comedy Show on Amazon US, Amazon Canada, and Amazon UK.