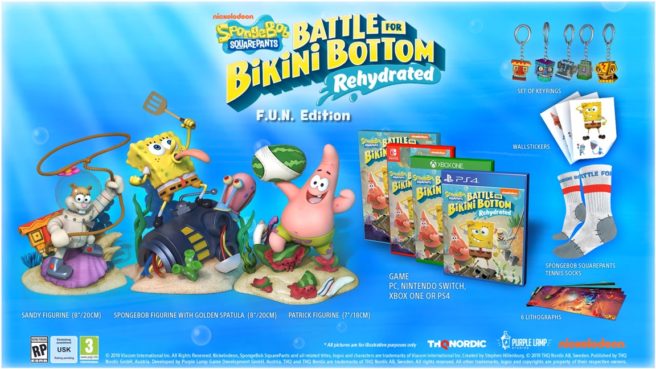 Amazon has opened pre-orders for the newly-announced F.U.N. and Shiny Editions for Spongebob Squarepants: Battle for Bikini Bottom – Rehydrated. You can reserve a copy here.

The Shiny Edition contains a SpongeBob figurine, wallstickers, six lithographs, tennis socks, and the game itself. The F.U.N. Edition has all of the same goodies in addition to figurines for Patrick and Sandy plus a set of tiki keyrings.

For those that missed it, GameStop also has pre-orders here.