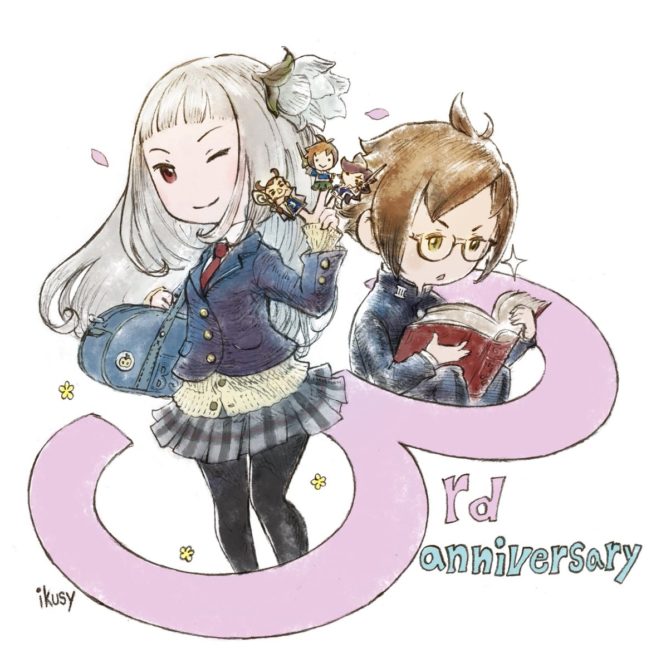 Three years have passed since Bravely Second: End Layer originally debuted in Japan. To celebrate, Square Enix shared some special art this week, which we have above.

According to the official Bravely Twitter account, Tomoya Asano’s team was promoted to Square Enix’s 11th Business Division this month. In the future, they intend to work even harder to provide content that lives up to everyone’s expectations.