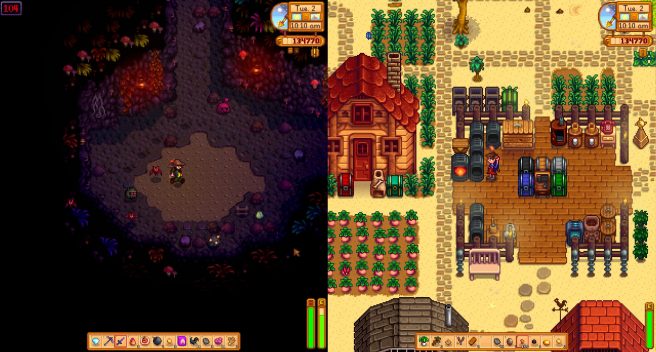 ConcernedApe continues to slowly share information about the major 1.5 update for Stardew Valley. In a message shared on social media, the developer confirmed that splitscreen co-op will be added. We have a first look above.

It was previously stated that the next update will let players move their beds. There have been a couple of other teases, too.

A release window for Stardew Valley version 1.5 has not yet been announced.