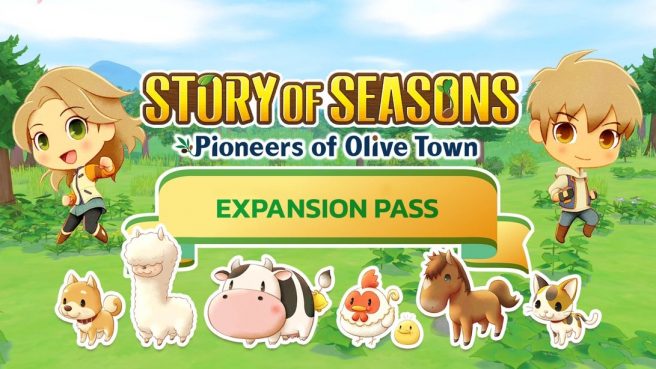 Marvelous has revealed an Expansion Pass for Story of Seasons: Pioneers of Olive Town. New DLC will be released throughout the year, and includes marriage candidates from previous games.

Story of Seasons: Pioneers of Olive Town launches for Switch in Japan on February 25. It will follow on March 23 in North America and March 26 in Europe.