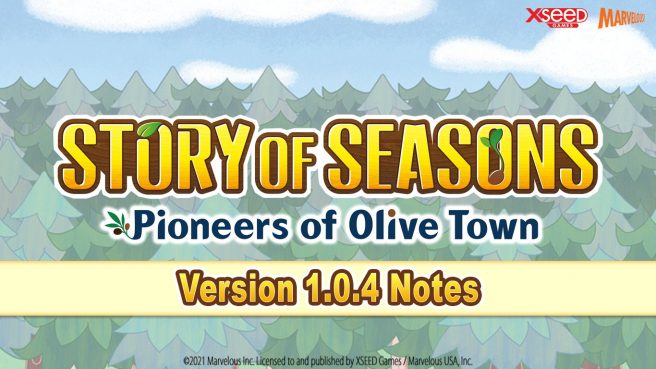 Story of Seasons: Pioneers of Olive Town will soon be updated to version 1.0.5. It’ll come with the following: