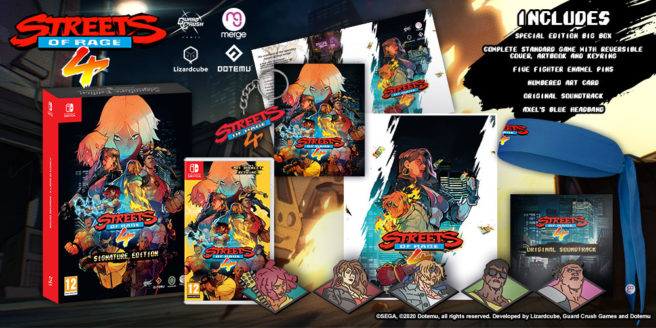 Limited Run Games isn’t the only company preparing a physical release for Streets of Rage 4. Today, Merge Games revealed its own retail versions in both standard and Signature Edition versions.

The Signature Edition will include: