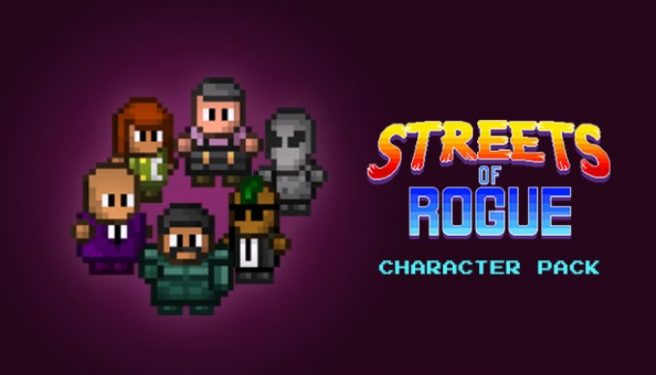 The rogue-lite game Streets of Rogue arrived on Switch last July. The team later made a new Character Pack, and the DLC has now finally come to Switch.

The Character Pack contains six new playable characters that feature their own abilities and Big Quests.

Here’s some additional information about the DLC and a trailer:

The Streets of Rogue Character Pack adds six new playable characters, each with their own unique new abilities and Big Quests:

• Mech Pilot: Pilot your very own mini-mech and slaughter all of the city’s creeps, RoboCop style!
• Courier: Strap on a pair of roller skates and speed around the city delivering packages!
• Alien: Use your mind control abilities to make the city’s denizens do things that probably aren’t good for their health!
• Goon: Do your job! Defend buildings from invaders and attain the rank of Supergoon!
• Bouncer: Become a bodyguard and keep a semi-famous Musician safe and sound!
• Demolitionist: Craft tons of remote-detonated bombs, then plant them around the city, causing mass chaos!

All characters are unlocked right from the start! The new character traits and abilities can also be used on your custom-made characters!