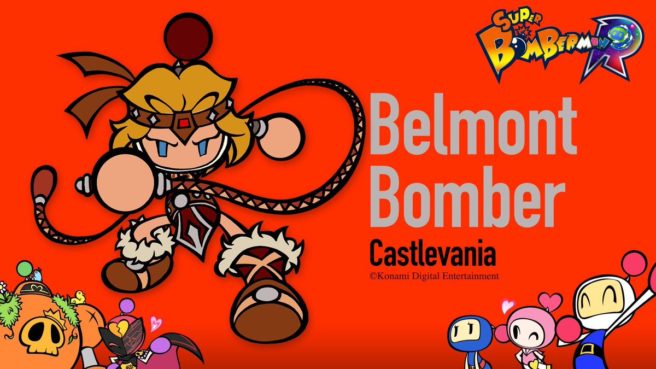 Tonight’s update is highlighted by the inclusion of new Konami characters – specifically Vic Viper Bomber, Simon Belmont Bomber, and Pyramid Head Bomber. Four new VS stages have also been added to the shop along with two new series of accessories.

– 2 new series of accessories are now available in the shop.
(Item and Snowflake series)”

– Other than Battle Royale, the Team Battle is now available as a Battle Rule. In this mode, the team with the last survivor wins the match.

– There are now more ways to win Gems and more Gems available. (Previously Gems could only be earned in the League Battle, but now all VS modes provide Gems.)
Adjusted the movement speed of the Power Zone.

– Other small bugs have been fixed.