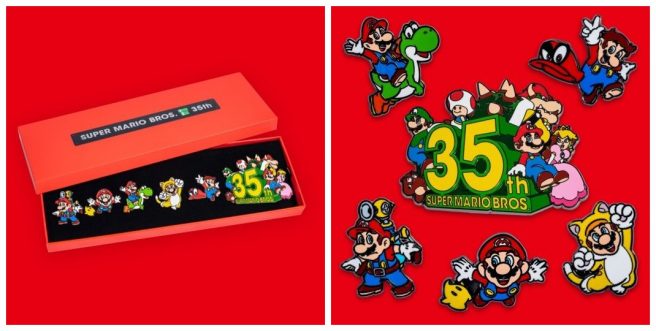 The Super Mario Bros. 35th anniversary wave 2 collectible pin set is now available through Nintendo’s website. You can claim it here. Technically this went up just under two hours ago, but we held off on posting this until the technical kinks of the site were worked out due to an overload of traffic – which seem to have been ironed out.

As detailed last month, you’ll need to have purchased Super Mario 3D World + Bowser’s Fury and have 14 missions completed on the official website. Note that codes for the pins may not last long – they went very quickly for the wave 1 pin set.

The second pins are based on the following games: