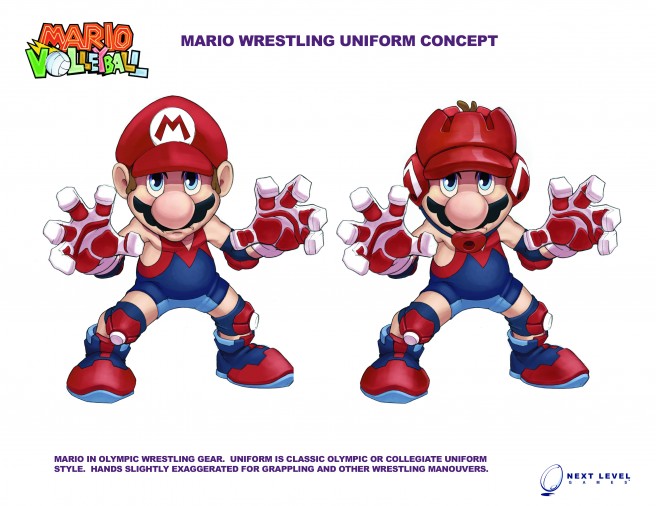 Super Mario Spikers would have been a new game for Wii featuring a mixture of volleyball/wrestling gameplay. Development never actually began, and the idea was canned soon after the initial phases of conceptualization.