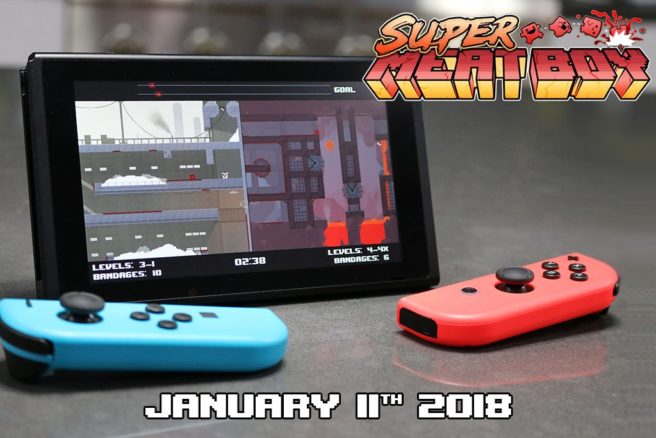 Team Meat has announced a release date for the new Switch version of Super Meat Boy. On January 11, the game will be launching on the eShop.

Super Meat Boy originally came out in 2010, and has landed on many platforms since then. But even if you’ve purchased it before, there will be an incentive to pick it up again. Team Meat has revealed that on Switch, you’ll be able to partake in a brand new Race Mode.

Race Mode is something we've wanted to do since Meat Boy came out in 2010. We figured the Switch was a good time to test it out. It's fun:)