Super Nintendo World to open at Universal Studios Hollywood in 2023 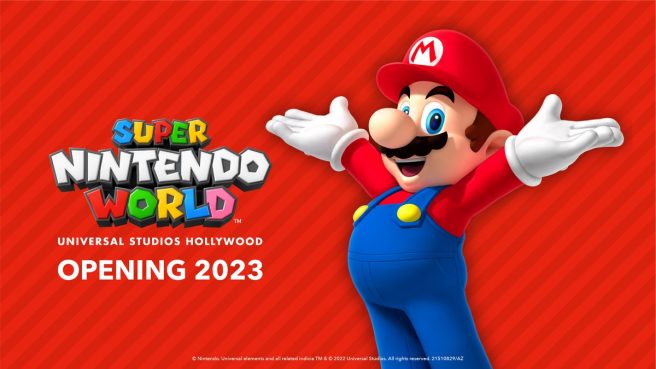 Super Nintendo World will open its doors at Universal Studios Hollywood in 2023, it’s just been announced.

Ahead of that, “exclusive apparel and collectibles” will be offered at the Feature Presentation store in the park. This is said to be “opening soon.” The store will house apparel for Mario and Luigi, character hats, and plushies for the likes of Yoshi, Mario, Bowser, and Luigi.

Super Nintendo World originally opened its doors in Japan last March. Other than the Hollywood location, it will be appearing on Orlando – tentatively slated for a 2025 debut – and Singapore.

Universal Studios intends to offer “exhilarating entertainment with innovative technological achievements inspired by characters and video games that have appealed to generations of Nintendo fans for over 40 years”.