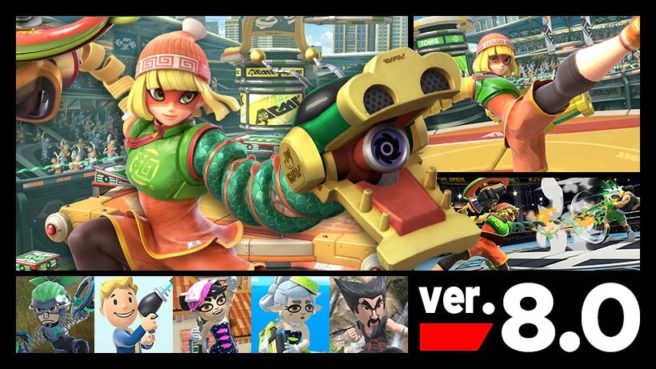 Super Smash Bros. Ultimate has been updated, and the game is now at version 8.0.0. All players can access the patch as of now.

Undoubtedly the main highlight of today’s update is the addition of Min Min as the latest DLC fighter and first character from Fighters Pass Vol. 2. Spring Stadium has also been made available as the newest stage. Another batch of paid Mii Fighter costumes are here, too, including Vault Boy.