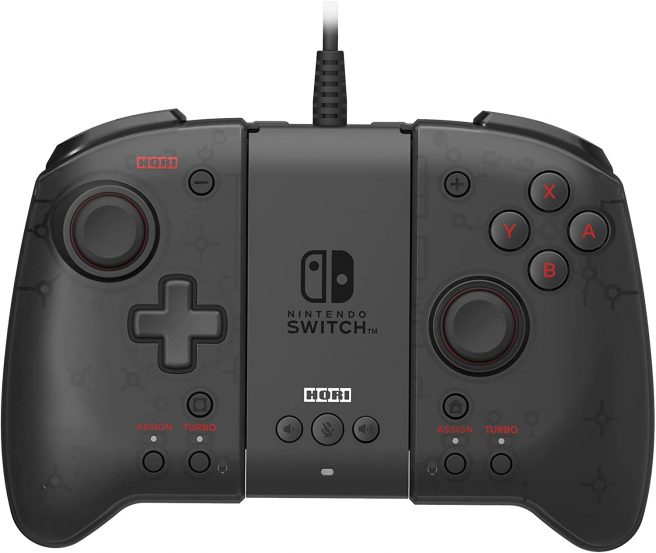 HORI has revealed a new attachment for its Switch Split Pad Pro accessory that will make it possible to use the device as a wired controller for TV mode.

Up until now, the Split Pad Pro has only been compatible in handheld mode. A few different designs have been released, including Daemon X Machina, Pac-Man, Pokemon, and Monster Hunter. We’ll also be seeing a new Mega Man version very soon. But now with the new attachment, the Split Pad Pro essentially becomes a wired controller.

Not only does the attachment work for Switch in TV mode, but is also apparently compatible with PCs equipped with a headphone terminal as well. The device has a mute and volume + / – button, though it cannot be used when connected to the PC. HORI has confirmed that it works with all variants of the Split Pad Pro.

The Switch Split Pad Pro wired controller attachment is currently planned for release in December in Japan. It’s unclear if and when HORI will have it ready to go in the west. That said, Play-Asia is already taking pre-orders and it should ship to most major regions. You can put in a reservation here.