Swords & Soldiers II out on May 21 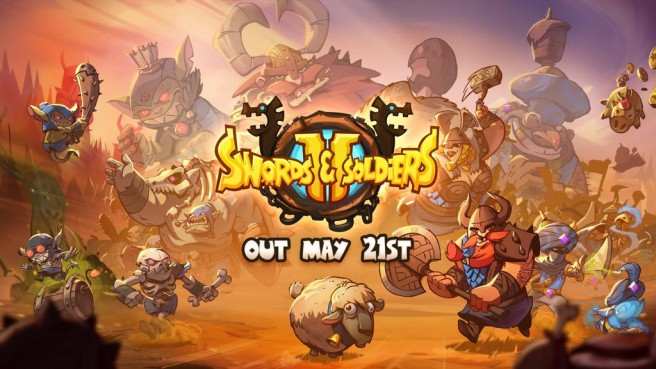 Ronimo announced on its Twitter account this week that Swords & Soldiers II is launching on May 21. A general May release window was previously confirmed.

We just announced the release date for Swords & Soldiers II: MAY 21ST 2015! Are you beard enough to save the world? pic.twitter.com/vlkMKDabNk

The message doesn’t specify a specific region, so we’ll assume that the May 21 date applies to both North America and Europe. If we hear otherwise, we’ll definitely let you know.