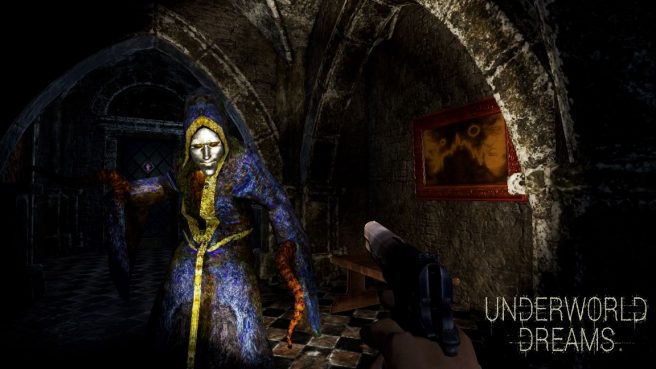 Publisher Skystone Games and developer Drop of Pixel have announced that Underworld Dreams: The False King, a first-person horror game, is coming to Switch. It will be available sometime this spring.

According to Skystone, The False King is the first game in the forthcoming horror anthology series Underworld Dreams. The title, which is based on the works of HP Lovecraft (and Robert W. Chambers’ The King in Yellow), takes place in the 1980s and “tells the story of a man who has tracked down his missing brother to a seemingly abandoned building that hides something much more sinister behind its decrepit walls.”