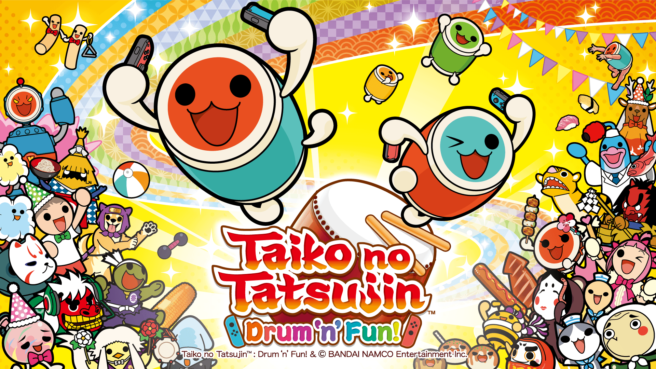 Here’s a rundown of the update:

– “eSports Tournament” is an online competitive gameplay mode
– “Easy,” “Normal,” “Hard,” and “Extreme” tournament difficulties
– For the first round, a song is randomly selected from those in the song package
– From the second round, each player performs their own pre-selected “My Battle” song
– The winner is determined by the total score of the two songs
– “My Battle” songs are not limited to the songs included with the game
– They can also be set from downloadable content songs (there are some songs that cannot be used)
– The winner will receive a gold medal and the runner-up will receive a silver medal
– By competing in tournaments, you can obtain icons and greetings for use in online battles
– Players who lose their performance battles can still spectate the battles of the remaining players and send supportive hearts to liven up the performance screen
– Battles will feature commentary by Master Bachio

Aside from the update, Bandai Namco will be putting out new song downloadable content on August 20 in Japan. The lineup is as follows: