Tails of Iron out in September, new trailer 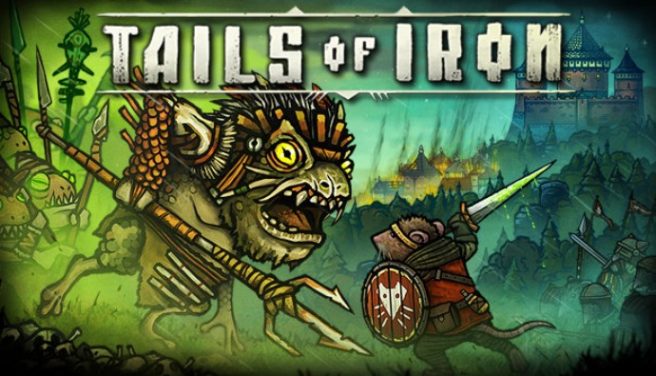 Here’s an overview of Tails of Iron, along with a new trailer:

From frog zombies to gargantuan grubs—and everything in-between—the Kingdom is awash with danger. To overcome each perilous encounter, you’ll need to study your opponent’s attacks and react accordingly! Thankfully, there’s a range of deadly abilities at your disposal, including parry bashes and fatal executions, not to mention ranged attacks with your nifty bow and arrow.

While danger lurks around every toadstool, you’ll need to keep your wits sharp and your blade sharper when it comes to the devastating boss fights. Cold-blooded in every sense of the word, these oversized amphibians each present their own unique combat challenge, and you’ll need more than a good set of armor to come out on top.

– Master brutal combat, inspired by the souls-like genre, featuring dodge-rolls, parry bashes, and fatal executions!
– Explore a vast and treacherous Kingdom, comprising six distinct biomes, each with its own hidden paths and secrets.
– Immerse yourself in the compelling story, narrated by the deep, raspy Doug Cockle (voice of Geralt of Rivia from The Witcher).
– Customize your attack style with a vast array of distinct weapons and armor.
– Assemble a band of brave companions, ready to aid you on select missions.
– Complete side quests to earn additional gold-on-the-side.
– Unearth special blueprints to forge new and powerful weapons.
– Collect rare ingredients to cook up health-boosting feasts.
– Overcome savage boss fights against the Frog Clan’s deadly, oversized generals.
– Lose yourself in the gorgeous and lovingly-crafted 2D hand-drawn art style.

Tails of Iron will be sold both physically and digitally on Switch.