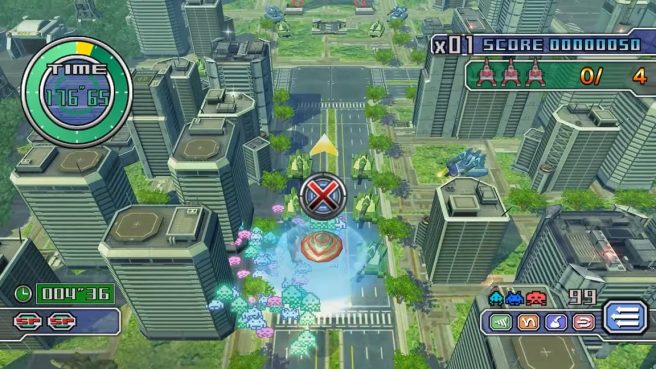 Space Invaders Get Even, a WiiWare game that first debuted in 2008, may have a chance at making a comeback. Taito director Yuichi Toyama sounded open to revisiting the title when asked about a potential return in an interview with Wccftech.

Toyama mentioned, “we’d love to be able to release it” if there’s enough fan demand. However, there would need to be some tinkering with the control scheme, which could be reworked with the Switch touch screen. It’s also possible to go in another direction with a bit of a different design.

“Space Invaders Get Even was a WiiWare exclusive title where the player took the part of the long-maligned Invaders and took revenge on mankind.

This is another game we’ve considered and if we see enough demand, we’d love to be able to release it. The biggest issue with Get Even is the control method: the game was designed to be played on the Wii Remote, so we need to work out a solution to deliver an enjoyable play experience. What do you think is the best way to go about this? We may be able to replicate the controls by making good use of the Nintendo Switch’s touch screen functionality.

*There are no plans to release this at the moment!”

Unfortunately, there’s no easy way to play Space Invaders Get Even today. It stayed on the WiiWare service, and the Wii Shop Channel closed down almost two years ago.