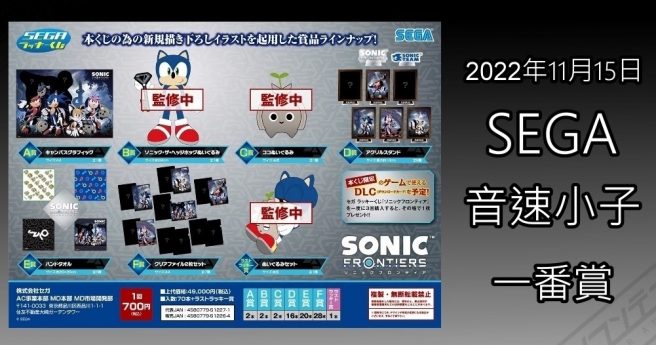 Original: A Taiwan Kuji shop has not only listed a potential release date for Sonic Frontiers via a promotional image, but has also indicated that the game will be receiving DLC.

The retailer has the title down for launch on November 15, 2022. Multiple rumblings are pointing to that date, but we still don’t have confirmation from SEGA. The PlayStation database also listed the November 15 date at one point, and while everything could be a placeholder, it’s looking quite possible at this point.

You’ll notice that the same promotional image above includes the mention of DLC. Unfortunately though, specifics weren’t shared.

Sonic Frontiers will release for Switch this holiday. Confirmation has been provided that the game will be making an appearance during Gamescom: Opening Night Live next week, so we should be getting a new trailer – and it’s possible SEGA will have other news to share, including a proper release date.

Update: A new Japanese commercial for Sonic Frontiers just came in – we have it below.