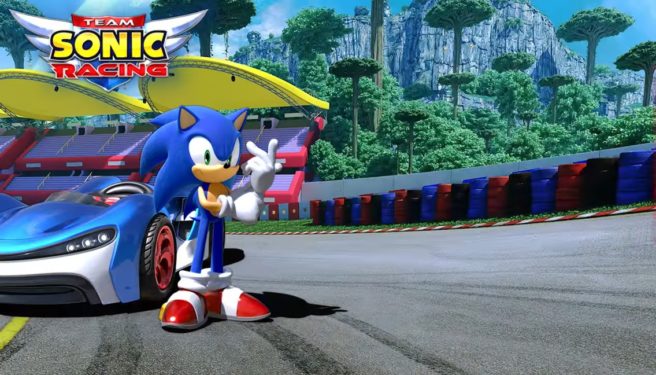 At least to start out with, Team Sonic Racing won’t have any DLC. There also won’t be microtransactions of any kind, which some may have been concerned about due to the game’s mod pods and the way in which new customization parts are unlocked.

In a live stream this week, SEGA’s Aaron Webber explained that the original plan was for Team Sonic Racing to include everything at launch without cutting out content and selling it later. Other than that, the team felt strongly about avoiding microtransactions, so currency earned in-game – used to unlock parts – doesn’t tie in to real money.

Below are Webber’s full words:

“So there are two things I want to talk about for Team Sonic Racing real quick, because I think they’re important to talk about. The first is DLC. And there were a couple of options, and option one was to essentially take content and sell it as DLC later and that was not something that I think the team wanted to do. The team is in a case – and I kind of prefer this – which is just all the content that’s gonna be in the game is there right at launch. So we’re not going to charge you like 3 bucks later for characters that were cut out of the game or anything. It’s all there. And you’ll unlock everything as you’re going through.

The other thing that is a key importance are called the mod pods. And the mod pods are the way you unlock parts and customization and color pallets and all that in the game. This is a system that does not use real money, it does not use microtranscactions of any sort. And we thought that was really important. So it’s completely random and you earn the currency as you play the game. The more that you race, whether you win or lose, you’re earning this currency and you can cash that in through these mod pods which give you like boosts at the beginning of a race like Wisps or give you the car parts that you can then change and dye and all that.

We did not want to do the microtransaction route at all, and that’s why we’ve got this different angle, which personally I think is a lot better, but we’ll leave it up to you guys to obviously voice your opinions and hopefully everyone’s cool with that route.”