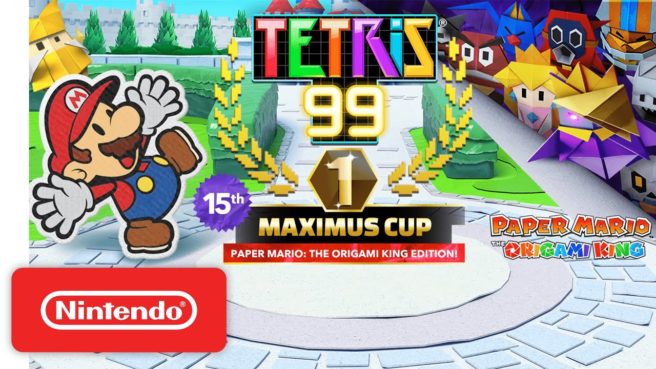 Nintendo has announced the 15th Maximus Cup for Tetris 99. This time around, Paper Mario: The Origami King will be featured. Players will be able to unlock a theme based on the game.