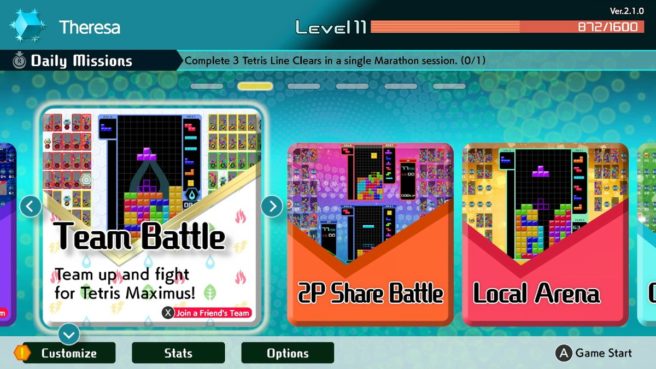 A new 2.1.0 update is now available for Tetris 99, Nintendo has announced. The version change is highlighted by the addition of Team Battle Mode. In the new mode, players select one of four teams and competing to be the last squad standing.

There are other new elements to the update as well. Players can access new button configuration options, user emblems, and an option to redeem four themes from past Maximus Cup events.

Below are a few screenshots: