Posted on September 21, 2014 by Brian(@NE_Brian) in General Nintendo, News 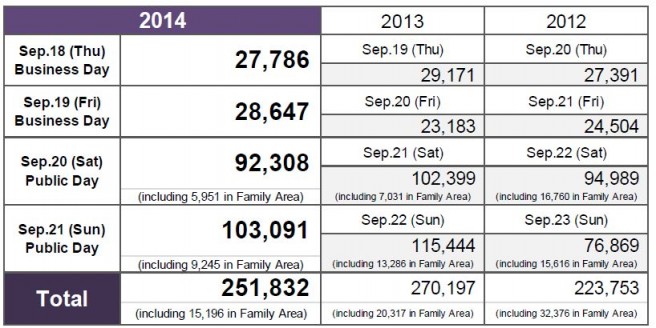 This year’s Tokyo Game Show was a rousing success. 251,832 people showed up the expo, which is the second largest attendance total ever – only behind last year’s event.

As far as the 2015 Tokyo Game Show is concerned, it’s been confirmed that the event will take place between September 17 and September 20. All of the festivities will be held once again at the Makuhari Messe in Chiba.