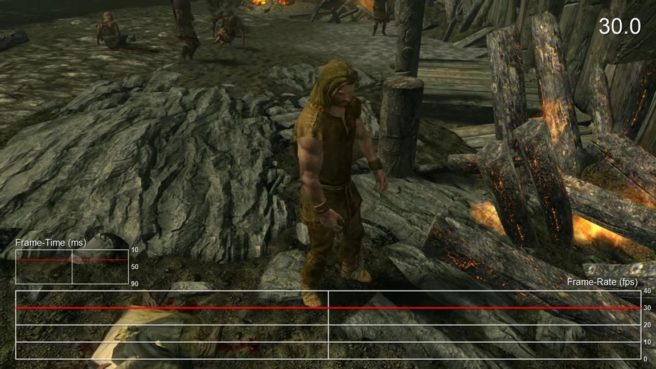 The Elder Scrolls V: Skyrim was one of the very first games we found out about for Switch. Tomorrow, the game finally launches on Nintendo’s console. Ahead of the release, Digital Foundry has examined the new Switch version.

When docked, The Elder Scrolls V: Skyrim runs at 900p. The game employs dynamic scaling when playing in handheld mode. That means it can run at 720p, but can dip to a lower resolution like 896×720. Skyrim also runs at a stable 30 frames per second.

Compared to the PlayStation 4 version, there are some graphical changes as you would expect. Effects such as shadows, volumetric lighting, depth-of-field may not be as pronounced. Some of these changes may not be too relevant, especially when playing in portable mode.

We’ve posted the full analysis from Digital Foundry below.