The Messenger could get more DLC 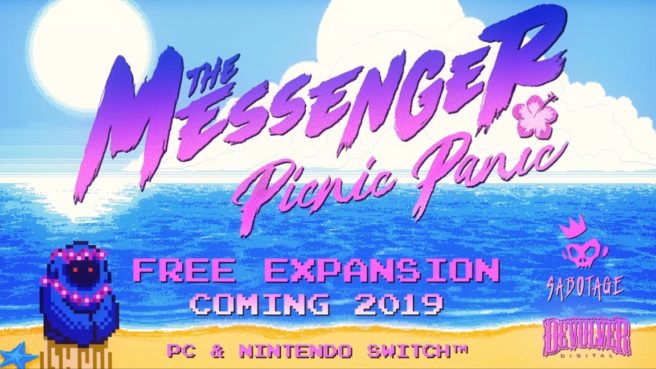 Last month, Sabotage revealed Picnic Panic as free DLC for The Messenger. That might not be all for the game though, as two more packs could be possible.

As part of a Q&A with fans, director Thierry Boulanger described Picnic Panic as “an experiment.” While the team prepares for potentially “bigger things for the future,” it also wanted to “support and add more content to The Messenger.”

Sabotage had an idea for bigger DLC which was planned as three chapters. Picnic Panic is the first of those. Boulanger said that Picnic Panic will be free, and the studio will see if it works and “drives enough sales on the main game by increasing its value”. If that’s a success, there would be two more possible chapters left until the story is truly finished.