The Pinball Arcade dev down on Wii U’s power 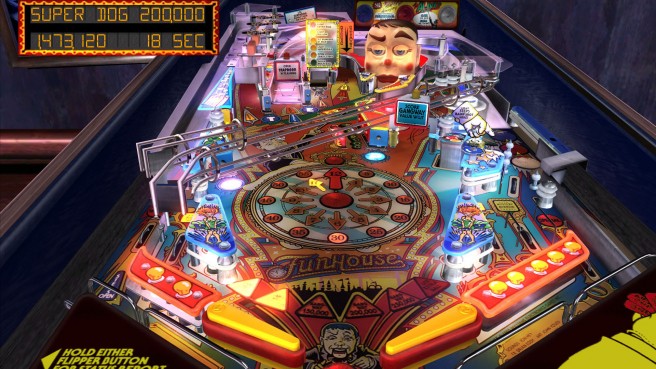 Update: An apology has been issued:

Those comments were made based on a conversation I had with the developer who’s been working on the WII-U version, he was unable to get the console to perform anywhere near what the xbox one and ps4 were capable of. I was misinformed in that I said the ps3 was far more powerful… after speaking to him again, I was told that while the system still does not compare to XB1 or PS4, I was incorrect in regards to the ps3 comparison, and for that I apologize.

Original: FarSight Studios announced its intentions to bring The Pinball Arcade to Wii U many, many months ago. Even with countless delays, the game has still yet to arrive.

One fan asked about the status of The Pinball Arcade on Wii U through the game’s official Facebook page. Unfortunately, the entire conversation eventually resulted in some notable bashing of the console.

After a separate fan (writing in the same “conversation”) mentioned that the Wii U is about as powerful as the PlayStation 3 if not more, The Pinball Arcade dev responded:

The wii-u, we assure you, is nowhere near as powerful graphically as a ps3.

The wii-u should not be considered a true “next-gen” or now “current-gen” system, the power just isn’t there, it’s more like a wii 1.5 with an updated controller. This isn’t to say that we aren’t still interested in developing for it, just that no one should be confusing the performance with anything near an xbox one, ps4, or even a PS3 or Xbox 360, the Wii is not meant to compete graphically with those systems, it’s an entirely different approach to console development, meant to be an affordable intuitive console for families.

No, it’s not as powerful as ps3 for visuals, it has more physical memory, but in every other measurable way, the ps3 stomps it.

It’s not a particularly powerful system, so the graphics aren’t quite up to ps3 standards, the handheld dmd is pretty neat, but other than that it’s about the same as other platforms.