The Pokemon Company has released its financial report for the fiscal year ending February 2020.

Net profit was recorded at 15.3 billion yen, a 14.8 percent increase year-over-year. Pokemon GO is still a major contributing factor, and the launch of Pokemon Sword/Shield certainly helped as well.

The Pokemon Company ended up with its second best year in history. You can find a chart below comparing net profits since 2014. 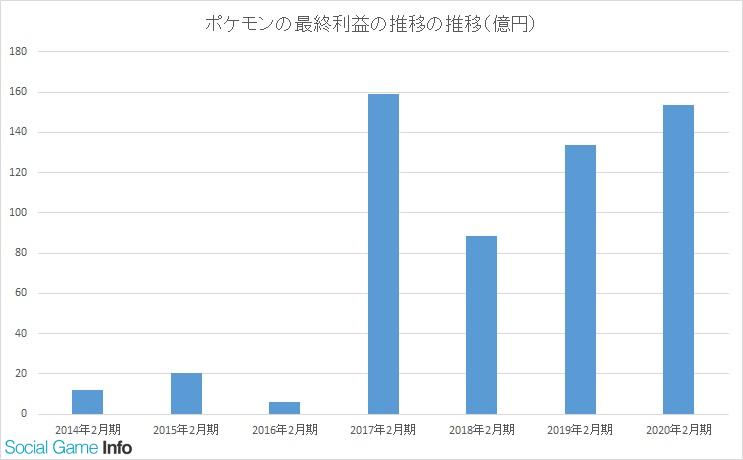