Time on Frog Island coming to Switch this summer 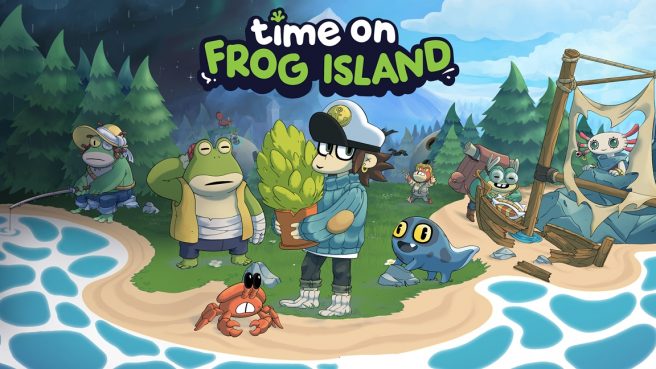 Time on Frog Island, previously known as Trading Time, has been announced for a summer release on Switch.

Trading Time was announced for Switch last August. As for the name change, “Merge Games made the decision to change the name to Time on Frog Island as they feel it better represents the gameplay experience.”

We have more information about Time on Frog Island in the overview below:

In Time on Frog Island, a sailor is shipwrecked on a strange island after a terrible storm and he awakes to find his boat in ruins. Clutching his precious potted plant, the sea dog goes about trying to fix his boat and find his way home. However, the peculiar frog-like locals don’t speak his language and they aren’t about to give up the items he needs without something in exchange! A spaghetti network of trades will take him all over this strange island as he seeks out materials to fix his boat.

Explore at your own pace

Trade to fix your boat

And here’s a new trailer for Time on Frog Island: