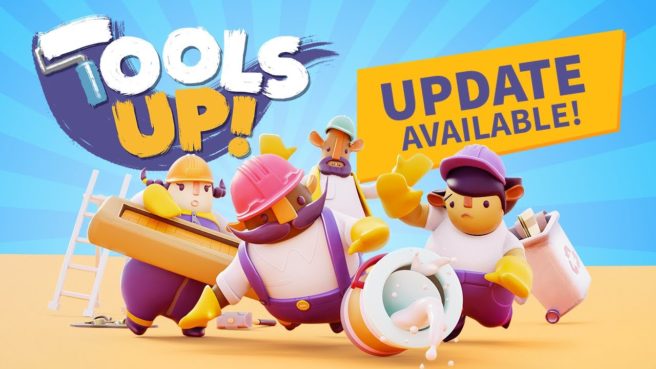 All In! Games and The Knights of Unity have released a new update for Tools Up, a couch co-op game about home renovation. After installing the patch, players can access a Time Attack mode unlocked after finishing the base game. Players can also access four new character skins.

Here’s a trailer for the new update:

Tools Up is available now on the Switch eShop.

More: All In! Games, The Knights of Unity, title update, Tools Up