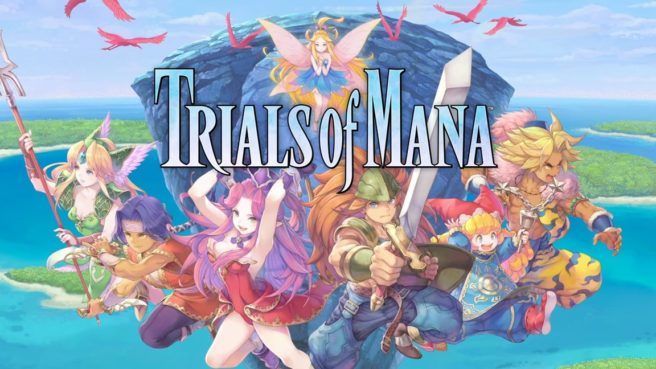 Square Enix sent out another batch of details and screenshots for Trials of Mana. Today’s update covers the game’s growth system, abilities, appearance changes, seeds, and more. Find the full roundup below, courtesy of Gematsu.

– By leveling up, a character’s basic stats such as HP and Strength will increase
– By allotting the “Growth Points” obtained by leveling up, you can strengthen your character with special skills, stat boosts, and new abilities

– By allotting a fixed amount of Growth Points, you can boost either your HP, MP, Strength, Defense, Spirit, Intellect, and Luck
– Your allotted points can also be reset upon visiting a certain place

– These are magic and special attacks that, when learned, are automatically registered as special skill Ring Commands, and can be used on the field and in battle
– Using them drains MP

– With a more action-oriented battle system set on a 3D map, various balance adjustments have been implemented
– New elements that did not appear in the original game have also been added, and each class has been tuned up to improve their ease of use

– By equipping the abilities you learned, you can acquire various effects
– Over 300 abilities in the game
– These include character-specific abilities to class-exclusive abilities and more

– Some abilities can be equipped to party members other than the character who learned the ability
– These can be obtained by allotting Growth Points, as well as through interactions with the people you encounter on your adventure

– Outside of leveling up, you can strengthen your characters through Class Change
– By changing classes, you can learn new special moves and magic
– Class Change has stages, allowing you to choose from a path of “Light” or “Darkness,” and your character’s abilities will change depending on your choice
– New “Class Reset” feature has also been added to the game, allowing you to return to your initial class by using the “Goddess Scales”
– Class Change not only changes the appearance of your equipped weapon, it also changes your costume in a big way
– After a Class Change, it is also possible to change to the appearance of a lower class while maintaining the abilities of your current class
– Choose your favorite costume for each character
– As with a Class Change, by talking to a Mana Stone with the Goddess Scales obtained, you can perform a “Class Reset”
– The Goddess Scales are hidden somewhere in a treasure chest
– It seems to be a very hard to find item

– When you enter a town, the party will split up and the protagonist will move around alone
– Your party members will be somewhere in town doing their own thing, so if you find them, talk to them

– By planting the seeds found on the field and dropped by monsters at the flowerpots located at the entry of each inn, you can obtain items and equipment
– Five seed types: “Item Seeds,” “Silver Item Seeds,” “Gold Item Seeds,” “Rainbow Item Seeds,” and “??? Seeds”
– Your “Planter Level” will increase based on the amount of seeds you plant
– The higher your level, the greater the chances your seeds will produce good items, and the higher the chances monsters will drop seeds
– These seeds grow various different items and equipment
– Items are ranked by silver, gold, and rainbow, from worst to best in that order
– Rainbow Item Seeds can produce rare equipment that other seeds cannot

– These seeds produce items necessary for a Class Change
– The way these can be obtained have been adjusted, such as now being available in dungeon treasure chests

– Items that increase the amount of EXP and GP you receive after battle, as well as those that boost your stats for a fixed period of time have been added
– Items can be found in locations such as treasure chests in town and on the field

– Up to four frequently used commands from the items and special skills set to the Ring Command can be registered as shortcuts, allowing you to use them quickly and easily

– Outside of battle, recovery items and recovery magic can be used on all characters collectively
– Choose whether to use “Full Recovery” or “Almost Full Recovery” depending on the amount of items in your possession and MP you have remaining 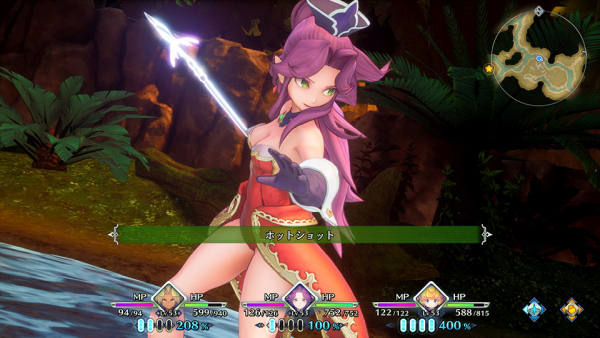