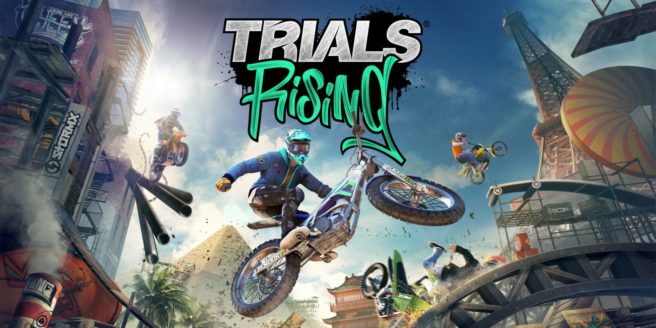 Ubisoft has put out the latest update for Trials Rising. The game has some new adjustments, fixes, and more. Incorrect times on the leaderboards have also been cleaned up.

Recalculated global score for all players in the top 200

Recalculated global score for various other profiles identified as having inconsistencies

[ALL PLATFORMS] Fixed a bug that caused the “Easy to Learn, Hard to Master” sticker to have a black background instead of transparent

[ALL PLATFORMS] Fixed incorrect redirect after reporting an item

[ALL PLATFORMS] Adjusted rider posture when riding the Crawler

[ALL PLATFORMS] – After the May 28 patch Track Pack Icons on the world map will incorrectly display their price as “Free” when viewed in offline mode. The Track Pack cannot be purchased offline and after reconnecting, the correct Acorn price will update and display before confirming a purchase. This bug is expected to be fixed in our next patch.