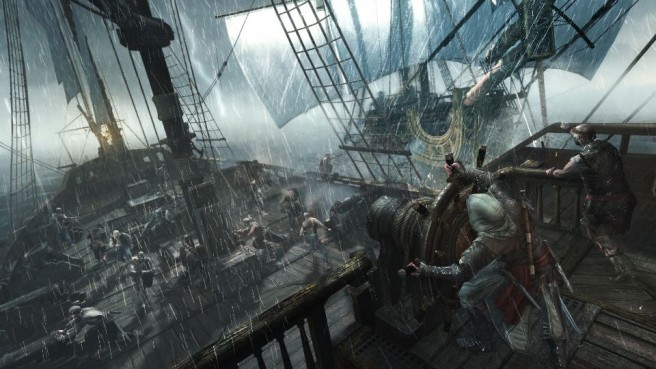 Assassin’s Creed IV: Black Flag includes naval battles throughout the campaign. However, even though this feature has been one of the more well-received elements in the game, players won’t have the opportunity to participate in ship battles online.

Speaking with Examiner, lead game designer Tim Browne explained that the team did explore the possibility. But there is a significant roadblock in the form of technical limitations, and Browne questions whether online naval battles would represent the essence of Assassin’s Creed multiplayer in any case.

“There’s a couple of things [keeping us from doing this]. It took the Shanghai studio three years for AC: III just to do the [campaign’s] water physics, which gives you an idea of how much [effort] it took the team to do. To then replicate that seven more times is currently a technical impossibility.”

“We’ve actually looked into doing it and we can’t do it at the moment.”

“But we did consider it from one point of view, lets look at the DNA of Assassin’s Creed multiplayer. Is it about being the captain of a ship? No, it’s not. It’s about being a badass assassin, being the best assassin out there.”