Posted on August 6, 2021 by Brian(@NE_Brian) in General Nintendo, News 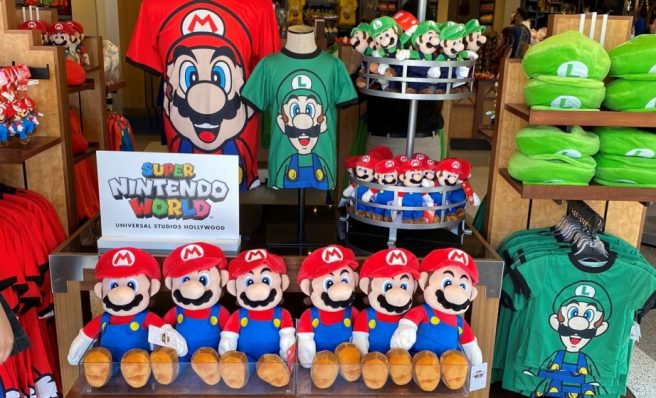 We’re still a few years off from Super Nintendo World opening at Universal Studios Hollywood, but fans can at least pick up some sought after items from the theme park. For a limited time, merchandise is being offered at the Universal Studio Store.

Some of the items include plushies, shirts, and bags. We have more photos from the official Universal Studios Twitter account and user Kevin_Castro22 below.

Thanks to mejjos for the tip.