Posted on November 23, 2020 by Brian(@NE_Brian) in General Nintendo, Random, Videos 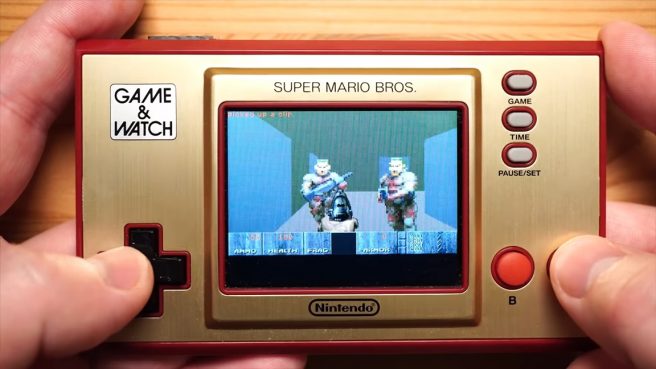 The device was hacked last week, allowing custom code to run. stacksmashing now has the first Doom game running, though some tweaks were made. As it’s a work in progress, some textures were removed and the resolution has been paired back a bit.

Here’s a look at Doom in action: