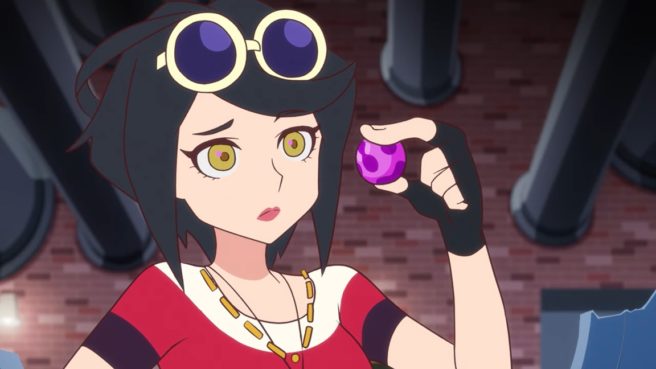 GungHo has returned its third anime episode for Ninjala. Jane is featured in the latest episode, who hacks into the network in search of information about the mysterious substance known as Ninja-Gum.

Here’s a description of the episode, along with a rundown of the cast:

Jane is a talented computer hacker working for the WNA’s Info-Communications Division. One day, after receiving special orders from the Intelligence Division, she hacks into the network in search of information about the mysterious substance known as Ninja-Gum.

However, when Jane’s curiosity gets the better of her, she is drawn into a conspiracy that threatens to take her out of the game…permanently!

WHO gave Jane her secret orders?
WHY would the WNA want to hack into its own research?
WILL Jane ever get her laptop back?!?

Ponder these questions and more here in Episode 3, “A Beautiful Intruder”!

We have the new anime episode below.

For those that missed the previous Ninjala anime episodes, you can watch them here and here.