Posted on July 2, 2016 by Brian(@NE_Brian) in General Nintendo, Videos 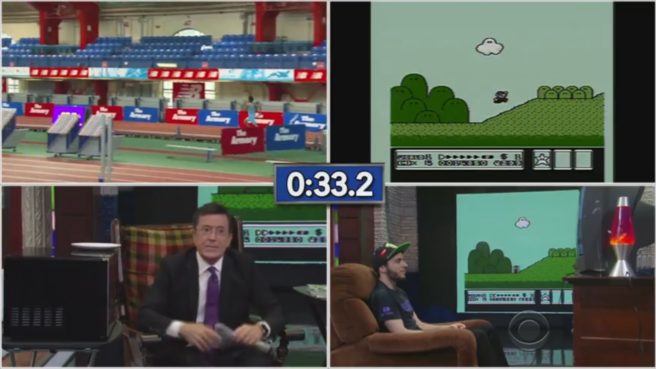 As promised, a speedrun for Super Mario Bros. 3 was held on The Late Show with Stephen Colbert last night. Mitch Fowler, who has a world record for the game, stopped by to take on the game once more. Watch the full segment below.