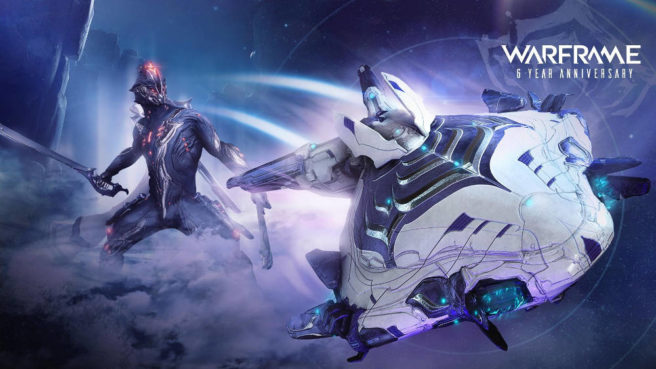 Warframe only just released on Switch a few months ago, but the game itself is now celebrating its sixth anniversary. The game had “its biggest year of growth to date” in 2018 – partially thanks to the Switch launch.

In honor of the occasion, Digital Extremes is giving birthday gifts to all players for free this Wednesday. This includes a brand new exclusive Liset (landing craft) Skin, last year’s Dex Excalibur skin, and all its previous anniversary gifts.