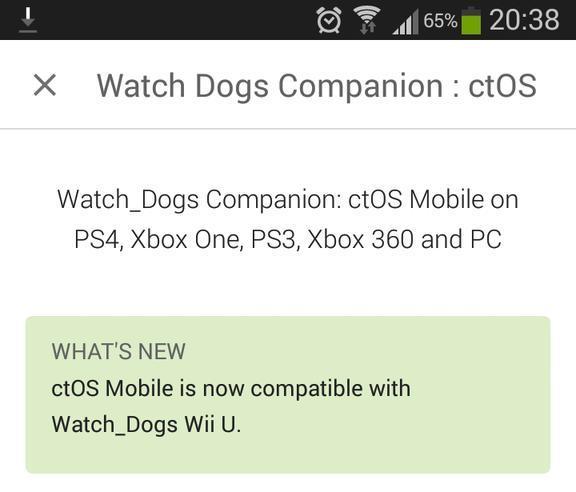 Ubisoft’s Watch Dogs companion app recently received an update. It is now compatible with the game’s Wii U version, which hits store shelves next month.

By using the app, you’ll be able to play with friends on Wii U (or any other console/PC). Race and Free Ride modes are both supported.

Watch Dogs launches for Wii U on November 18.

Thanks to Derek B for the tip.