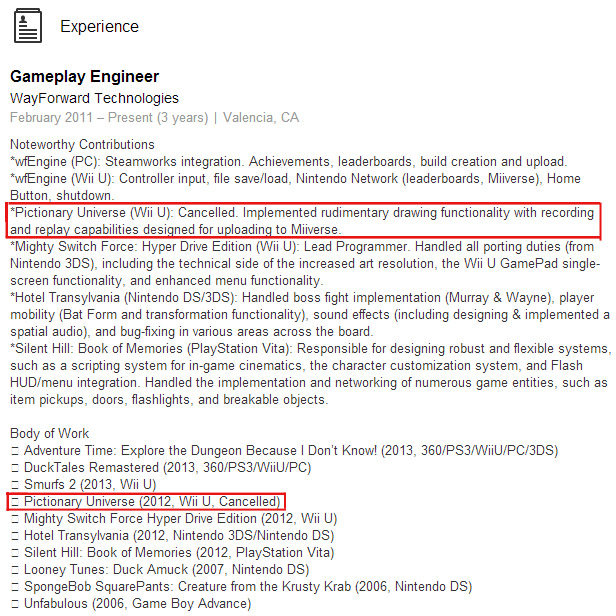 WayForward was once working on a pictionary title for Wii U, according to the LinkedIn profile of gameplay engineer Brian Valdillez.

Valdillez mentions “Pictionary Universe” on his CV, which was on track for release in 2012. The game “implemented rudimentary functionality with recording and replay capabilities designed for uploading to Miiverse.”

Sadly, Pictionary Universe won’t be seeing the light of day. Valdillez lists the project as “cancelled” on his LinkedIn profile.