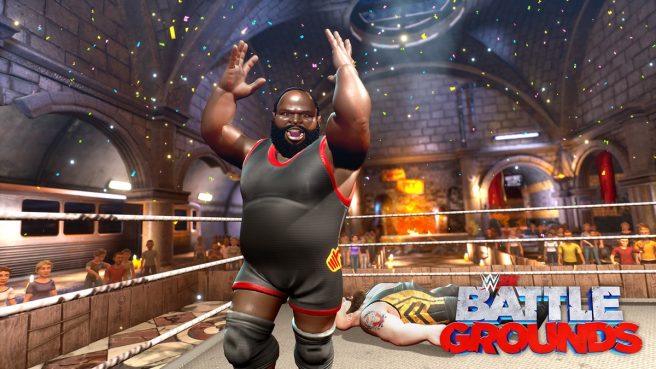 The roster update begins on January 27. Six new WWE Superstars and a new arena will be added to the game.

Also announced today is a Royal Rumble celebration in which fans who tune-in to the Royal Rumble broadcast on January 31 will see a bonus locker code redeemable for 500 Golden Bucks. Currency can be used to purchase in-game content, including the new Royal Rumble Pack featuring The Rock, Becky Lynch, and Stone Cold Steve Austin. The locker code can be redeemed until February 14, 2021.