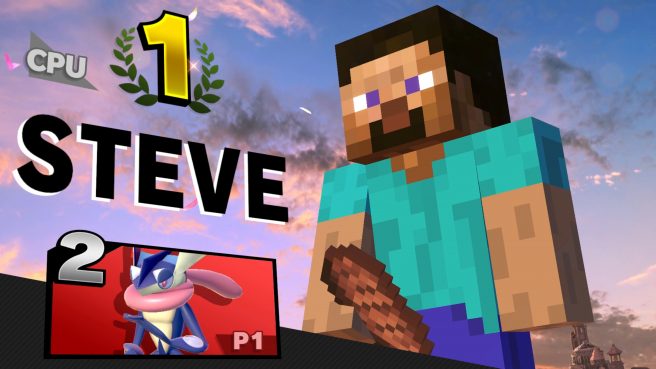 There’s been a lot of talk surrounding Minecraft Steve’s addition to Super Smash Bros. Ultimate over the past week, but not necessarily due to his actual inclusion in the game. A lot has been made of the character’s original win screen. Due to the placement of the meat, some have felt it was suggestive. Nintendo ultimately made a change with last night’s 9.0.1 patch.

Before the change was made, Kotaku’s Stephen Totilo actually asked Xbox boss Phil Spencer about the victory screen. Of course, Microsoft owns the Minecraft IP.

Have you seen the Steve image that’s making the rounds now? His victory image?

Let me dig this up and share this with you.

Spencer: You can put it in chat. I’ll look at it.

Spencer: Is it bad?

I’ll get your live reaction to it in a second.

I know I’ve got you really worried now…

Spencer: [long pause] Yeah. Who did that?

That’s the real image. I’m not, I’m not, like trolling you right now or something like that. It’s weird. And it’s… people started talking about it last night that this is what Steve looks at when he – when you win a match. I guess that’s a piece of meat. Some people thought it was the pick axe and it just kind of hovers there, so.

Spencer: I assume that will be fixed.

You can view a comparison showing how Minecraft Steve’s victory screen was changed here.